Take delight in the Tateyame-Kurobe Alpine Route! Lavish on the beautiful sceneries of the snowcapped mountains, stunning wall of snow that can be as high as 20 meters, feel the breeze and capture precious moments on the Kurobe Dam. This route goes through Tateyama in the Hida Mountains with many scenic sites as well as walking trails, including Japan’s largest dam, Kurobe dam. Take a stroll and be awestruck by the majestic snow corridors and panoramic bird’s eye views now!

Tokyo is one of the 47 prefectures of Japan.Tokyo is in the Kantō region on the southeastern side of the main island Honshu and includes the Izu Islands and Ogasawara Islands. It is the capital of Japan, the center of the Greater Tokyo Area, and the most populous metropolitan area in the world. It is also the seat of the Japanese government and the Imperial Palace, and the home of the Japanese Imperial Family. Tokyo Metropolis was formed in 1943 from the merger of the former Tokyo Prefecture and the city of Tokyo.

The Tokyo Tower at 333 meters tall, is 13 meters taller than its model, the Eiffel Tower of Paris, and the world’s tallest self-supporting steel tower. It was completed in the year 1958 as a symbol of Japan’s rebirth as a major economic power and serves as a television and radio broadcast antenna and tourist attraction.

View nature from every angle at the garden of eight views, which has carefully preserved the beautiful Edo ambiance throughout the centuries and enjoy a traditional tea ceremony.

The current Imperial Palace is located on the former site of Edo Castle, a large park area surrounded by moats and massive stone walls in the center of Tokyo, a short walk from Tokyo Station. It is the residence of Japan’s Imperial Family. We will have access to the East Garden Only.

Pass beneath a total of 12 bridges on the journey down the historically significant Sumida River, starting at Hinode Pier and ending at Azumabashi on Tokyo Bay.

Asakusa is the center of Tokyo’s shitamachi (literally “low city”), one of Tokyo’s districts, where an atmosphere of the Tokyo of past decades survives. Asakusa’s main attraction is Sensoji, a very popular Buddhist temple.

The Nakamise shopping street stretches over approximately 250 meters from Kaminarimon to the main grounds of Sensoji Temple. It is lined with more than 50 shops, which offer local specialties and the usual array of tourist souvenirs.

Drive through Tokyo’s most uptown, classy, and luxurious shopping district, filled with towering department stores and a vast variety of brand name shops.

Nagoya (名古屋市 Nagoya-shi) is the largest city in the Chūbu region of Japan. It is Japan’s third-largest incorporated city and the fourth most populous urban area. It is located on the Pacific coast on central Honshu. It is also the capital of Aichi Prefecture and is one of Japan’s major ports along with those of Tokyo, Osaka, Kobe, Yokohama, Chiba, and Kitakyushu.

The Shirakawa-go (白川郷, Shirakawagō) and neighboring Gokayama (五箇山) regions line the Shogawa River Valley in the remote mountains that span from Gifu to Toyama Prefectures. Declared a UNESCO world heritage site in 1995, they are famous for their traditional gassho-zukuri(constructed like hands in prayer) farmhouses, some of which are more than 250 years old.

Takayama (高山) is a city in the mountainous Hida region of Gifu Prefecture. To differentiate it from other places named Takayama, the city is also commonly referred to as Hida-Takayama. Takayama retains a traditional touch like few other Japanese cities, especially in its beautifully preserved old town.

Toyama (富山市 Toyama-shi) is the capital city of Toyama Prefecture, Japan, located on the coast of the Sea of Japan in the Chūbu region on central Honshū, about 200 km (120 mi) north of the city of Nagoya and 300 km (190 mi) northwest of Tokyo.

The authentic city hotel of Toyama which has abundant green and water Toyama is known for the magnificent Tateyama mountain range and delicious seafood from the Sea of Japan. The hotel is located in the luxurious area surrounded by abundant green and close to the business district and the shopping center. The peaceful, comfortable room will decorate your special moment.

The Tateyama Kurobe Alpine Route is a unique and spectacular route through the Northern Japan Alps which is traversed by various means of transportation including cable cars, trolley buses, and a ropeway. Completed in 1971, the route connects Toyama City in Toyama Prefecture with Omachi Town in Nagano Prefecture. The main attraction of the Tateyama Kurobe Alpine Route is the magnificent scenery of the Tateyama Mountain Range, part of the Chubu Sangaku National Park. In spring, accumulated snow, especially around the upper sections of Midagahara and Murodo, form a majestic snow corridor whose snow walls reach up to 20 meters high. A section of the snow corridor around Murodo is open to pedestrians usually from mid-April to mid-June.

The Mt. Tateyama Cable Cars take you up around 500m in approximately 7 minutes. Near Bijodaira Station you’ll see the bijo-sugi (“beautiful lady cedar trees”), legendary trees for which the region is named, as well as primeval Japanese beech trees. Bijodaira Plain is known as one of Japan’s most nature-rich primeval forests and is a great place for a forest walk or birdwatching.

Murodo Station is a trolley bus station in Tateyama. It is situated on Murodo Plateau, 2,400m above sea level. Murodo is the highest point along the Tateyama Kurobe Alpine Route, offering fantastic views of the Tateyama Mountain Range. In summer and early autumn, Murodo attracts mountain lovers with an interesting network of hiking trails of various levels of difficulty, while late autumn and spring come with large amounts of snow. Murodo’s best-known attraction is the snow corridor, a road flanked with up to 20 meters high snow walls when it opens in mid-April after months of heavy snowfall.

This 1,710-meter long ropeway covers a vertical gap of about 500 meters and has a capacity of 80 passengers. It provides a comfortable, safe ride with no shaking, maintaining a speed of 5 meters per second.

The Kurobe Dam is Japan’s tallest dam at 186 meters. It was constructed over a seven-year period and was completed in 1963. Many difficulties were encountered in the process, and over 170 people lost their lives to the project. The dam has since been supporting a hydropower plant in its supply of electricity to the Kansai Region. It is also a major attraction along the Tateyama Kurobe Alpine Route, especially when water gets discharged spectacularly through its gates daily from late June to mid-October. 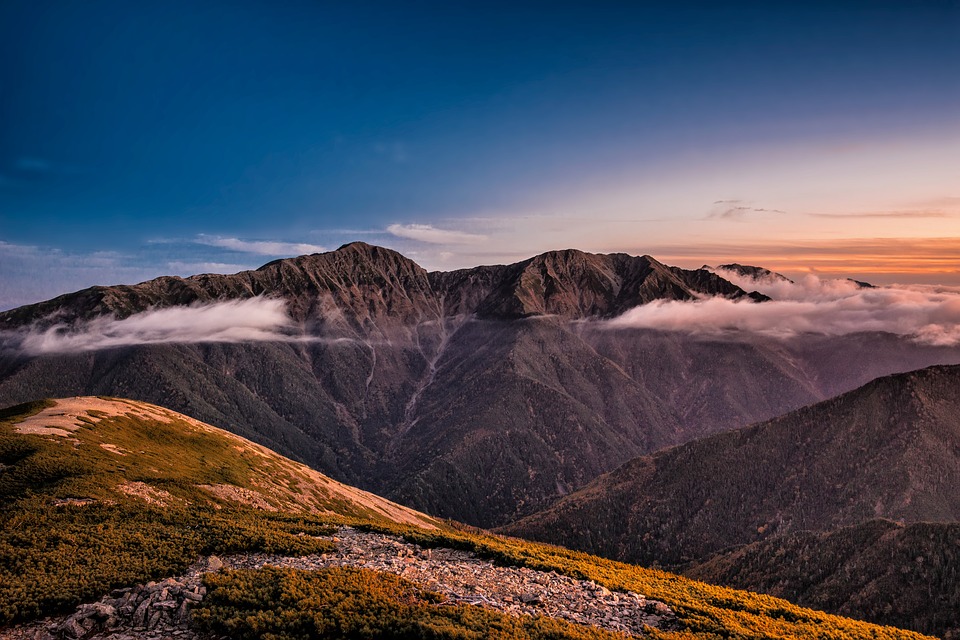 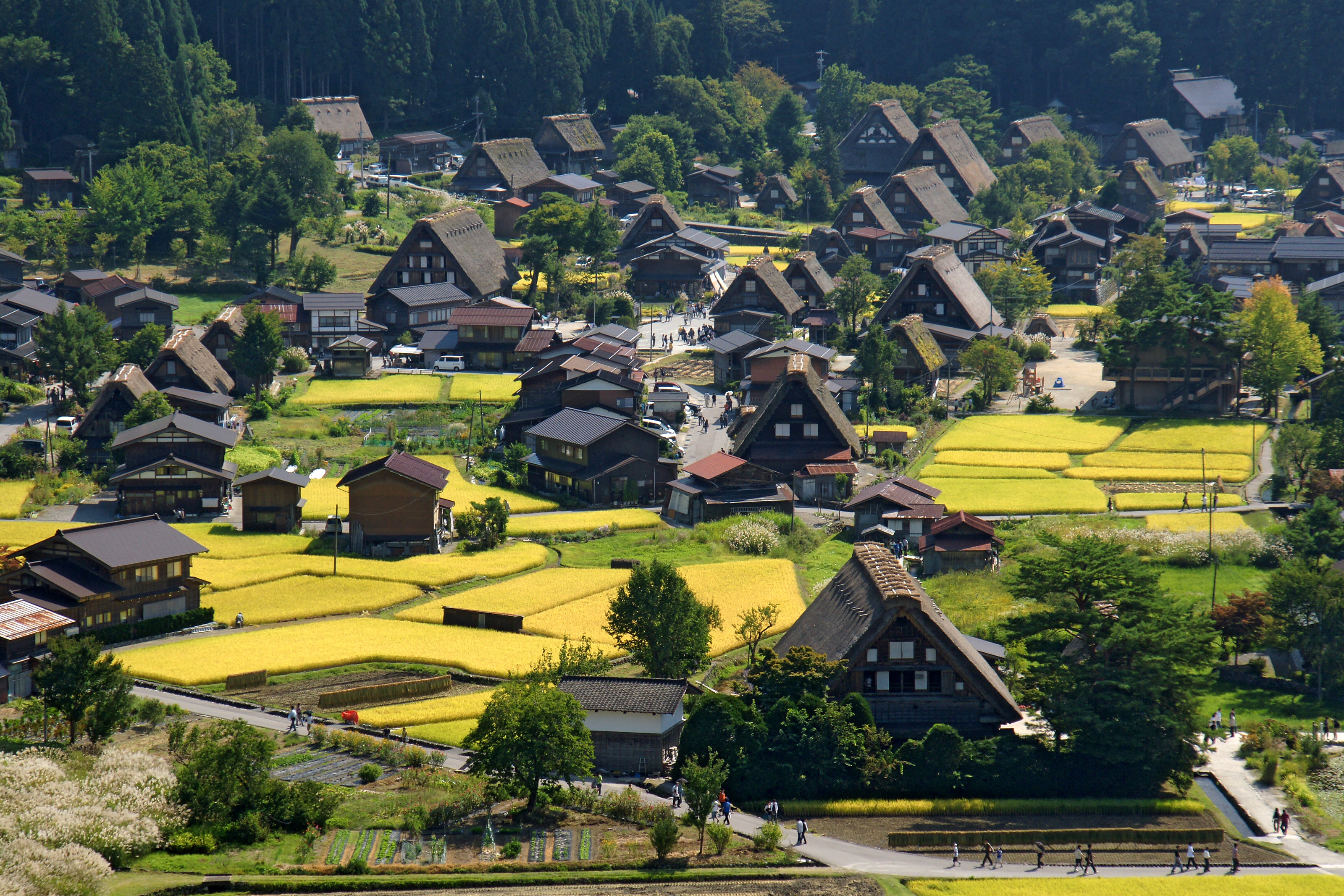 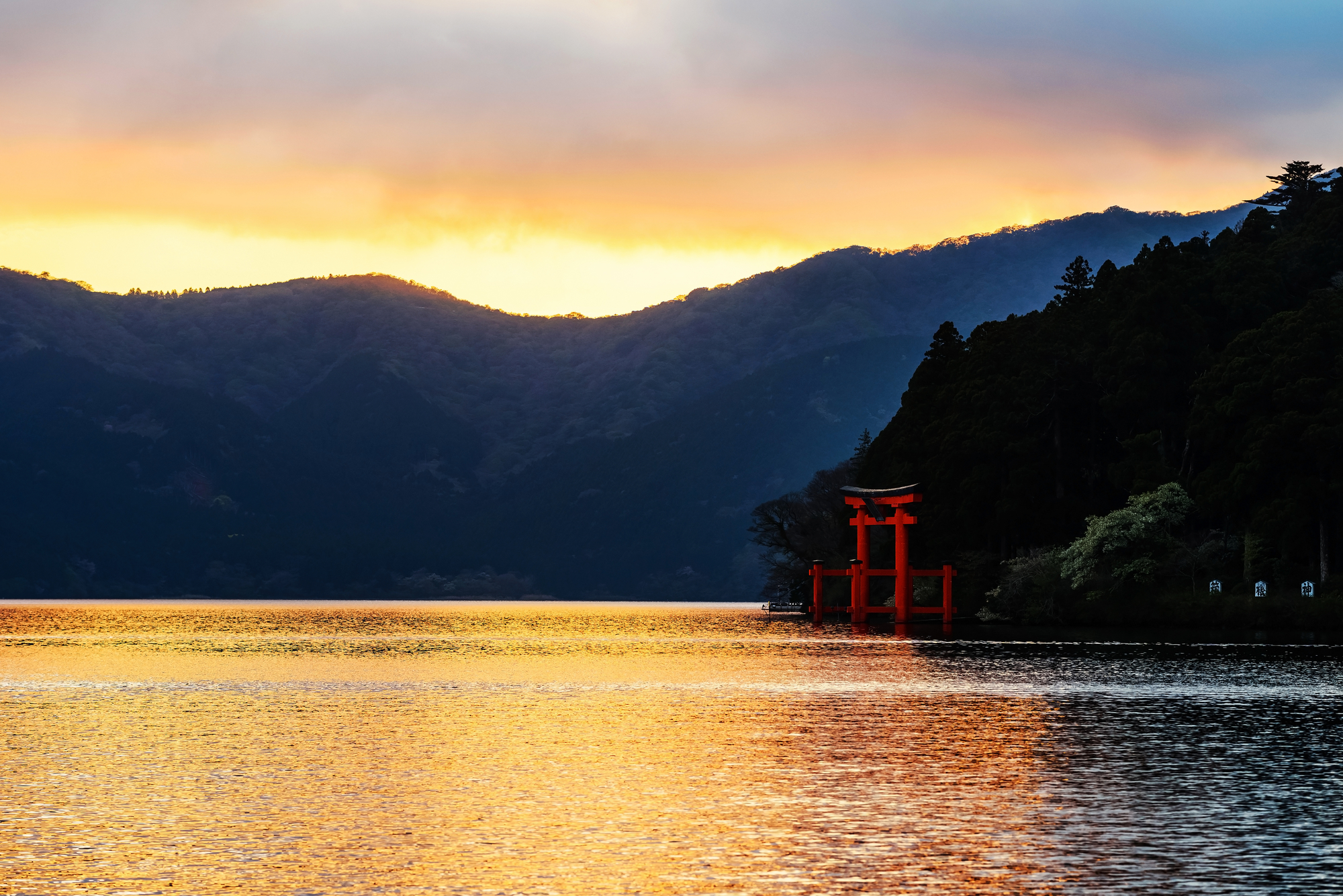 Arrive in Japan – The Land of Rising Sun. Upon arrival at Narita/Haneda Airport, receive the warm welcome. Transfer to the hotel by seat in coach basis. At 15:00, check into the hotel. Have your dinner in a restaurant and stay overnight at the hotel in Tokyo.
2

Have your breakfast at your hotel. At 07:30 – 08:30, gather at designated locations to board the bus bound for Hamamatsu Cho Bus Terminal. Visit the Tokyo Tower, enjoy traditional Japanese tea ceremony and have your lunch Japanese style (enjoy barbeque at the Chinzanso Restaurant). After lunch, the tour will proceed to the Imperial Palace Plaza, Niju-bashi Bridge, Sumida River Cruise, Asakusa Kannon, shop at Nakamise, and drive-by Ginza. The tour ends at Tokyo Station. Transfer to your hotel on your own and stay overnight in Tokyo.
3

Breakfast at the hotel. After Breakfast, at 9:00, depart from Hamamatsucho Bus Terminal and head to Mt. Fuji by bus. Upon arrival to Mt. Fuji (subject to weather conditions) start with Fuji Visitor Center, Mt. Fuji 5th Station, and Lake Ashi Cruise. Lunch at your own. After lunch, enjoy Mt. Komagatake Ropeway and then depart Hakone (tour will disband at Odawara station). From Odawara Station, we will proceed to Nagoya by bullet train. Check into the hotel upon arrival. Have your dinner and stay overnight a hotel in Nagoya.
4

Enjoy your breakfast at your hotel. At 7:10 – 7:30, gather at JR Nagoya Station Taiko-Dori Exit then board the bus bound for Shirakawago. Visit Hida Takayama & Shirakawago. At 17:00, check into Toyama Dai-ichi Hotel. Have dinner on your own and stay overnight at a hotel in Toyama.
5

Take your breakfast at your hotel. Check out at 08:00- 08:10 and depart from Toyama Dai-Ichi Hotel. Visit Tateyama, Bijodaira, Murodo, Diakanbo, Kurobedaira and Kurobe Dam. At 20:00, the tour will end at Nagoya Station. Proceed for Kyoto by bullet train and check into the hotel. Have your dinner stay overnight at Kyoto.
6

Enjoy your breakfast at your hotel. After breakfast, leave for a full-day excursion to Kyoto and Nara. Visit Kinkaku-Ji Temple, Nijo Castle, have a Japanese style lunch on your own and see sights in Nara such as the Todaiji Temple and Nara Deer Park. Return to Kyoto afterward. Have your own dinner and stay overnight at a hotel in Kyoto.
7

Take your breakfast at your hotel. Check out at 10:00. Transfer to Kansai Airport for International Flight and bring your sweet memories home. 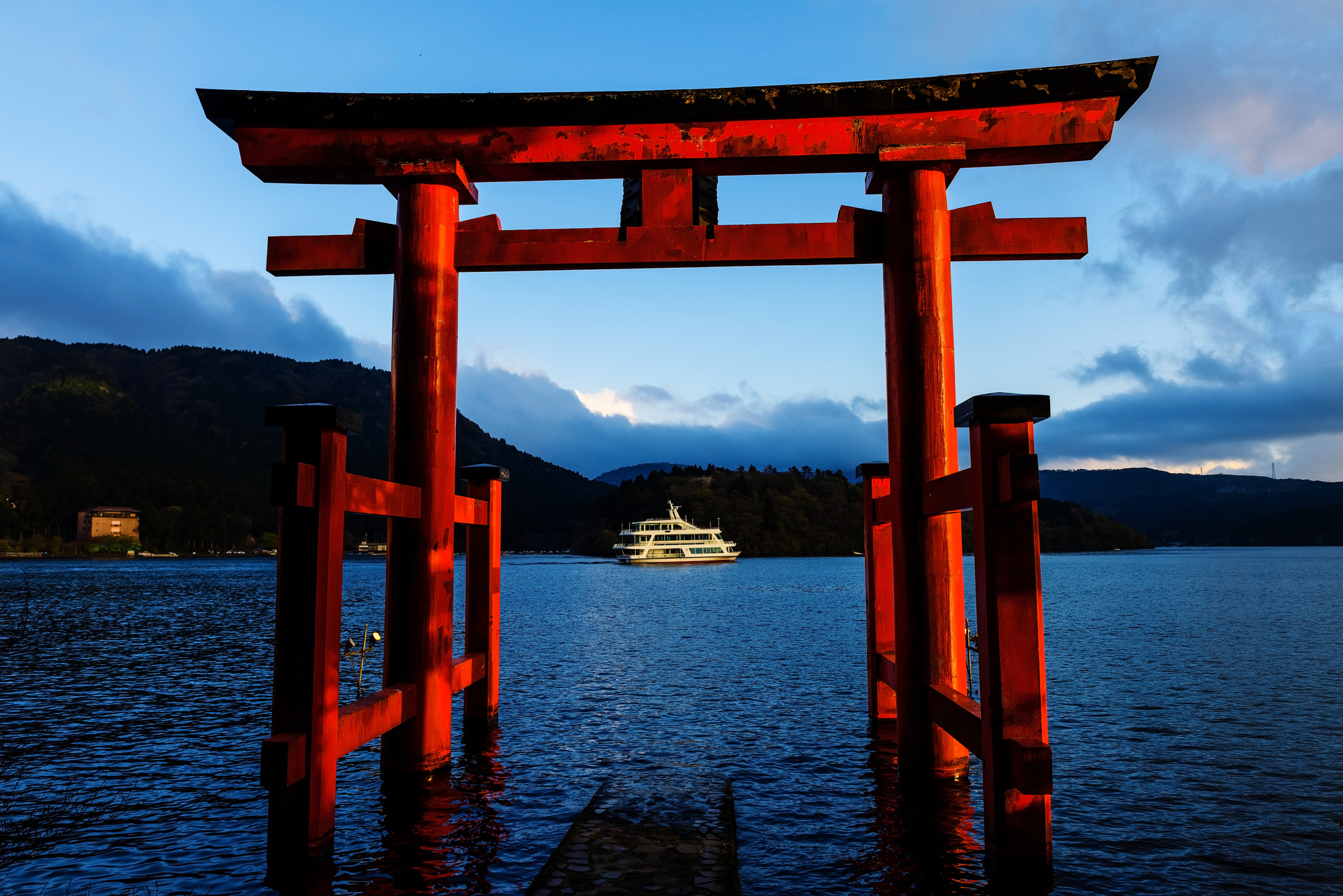 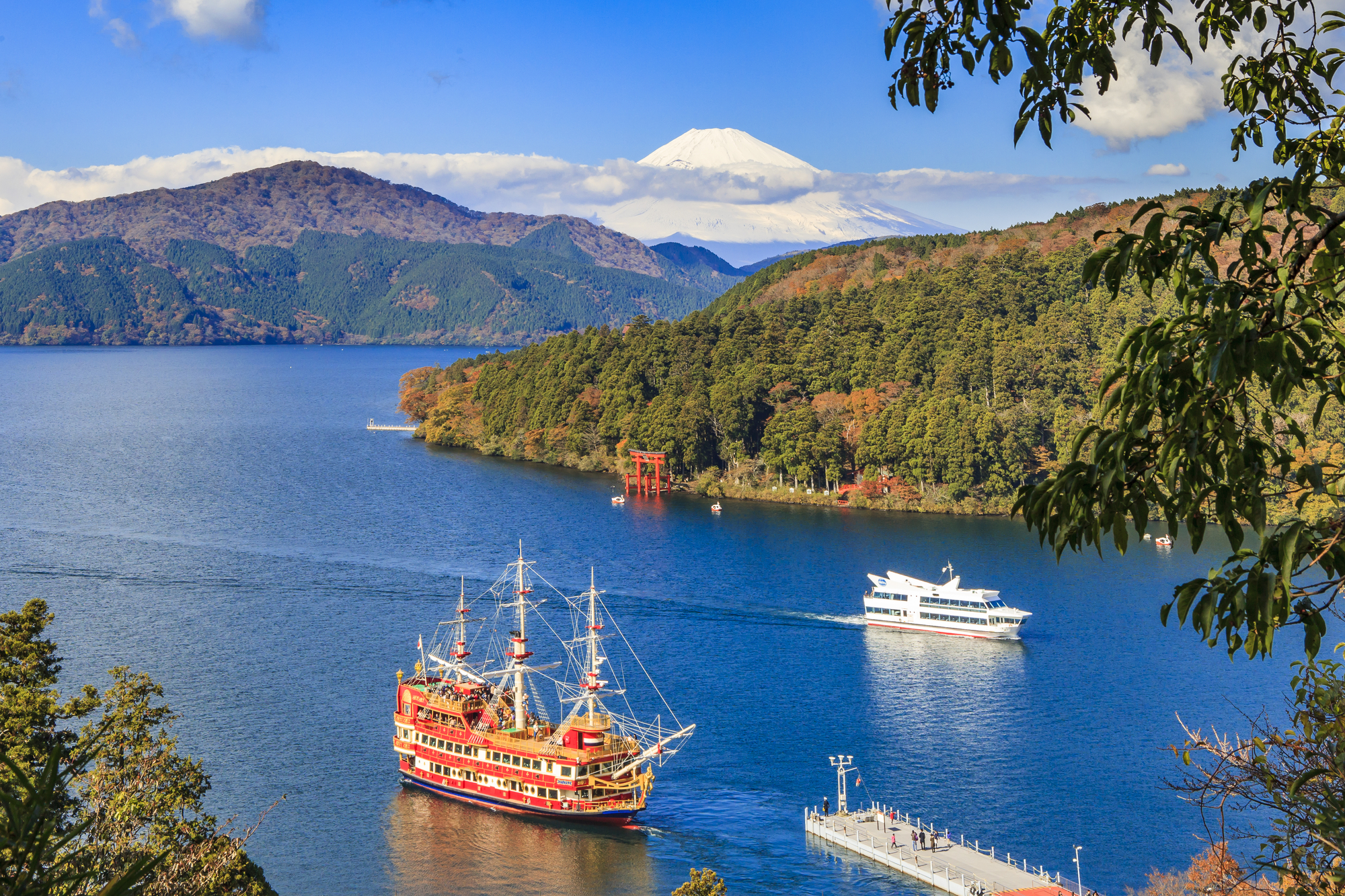 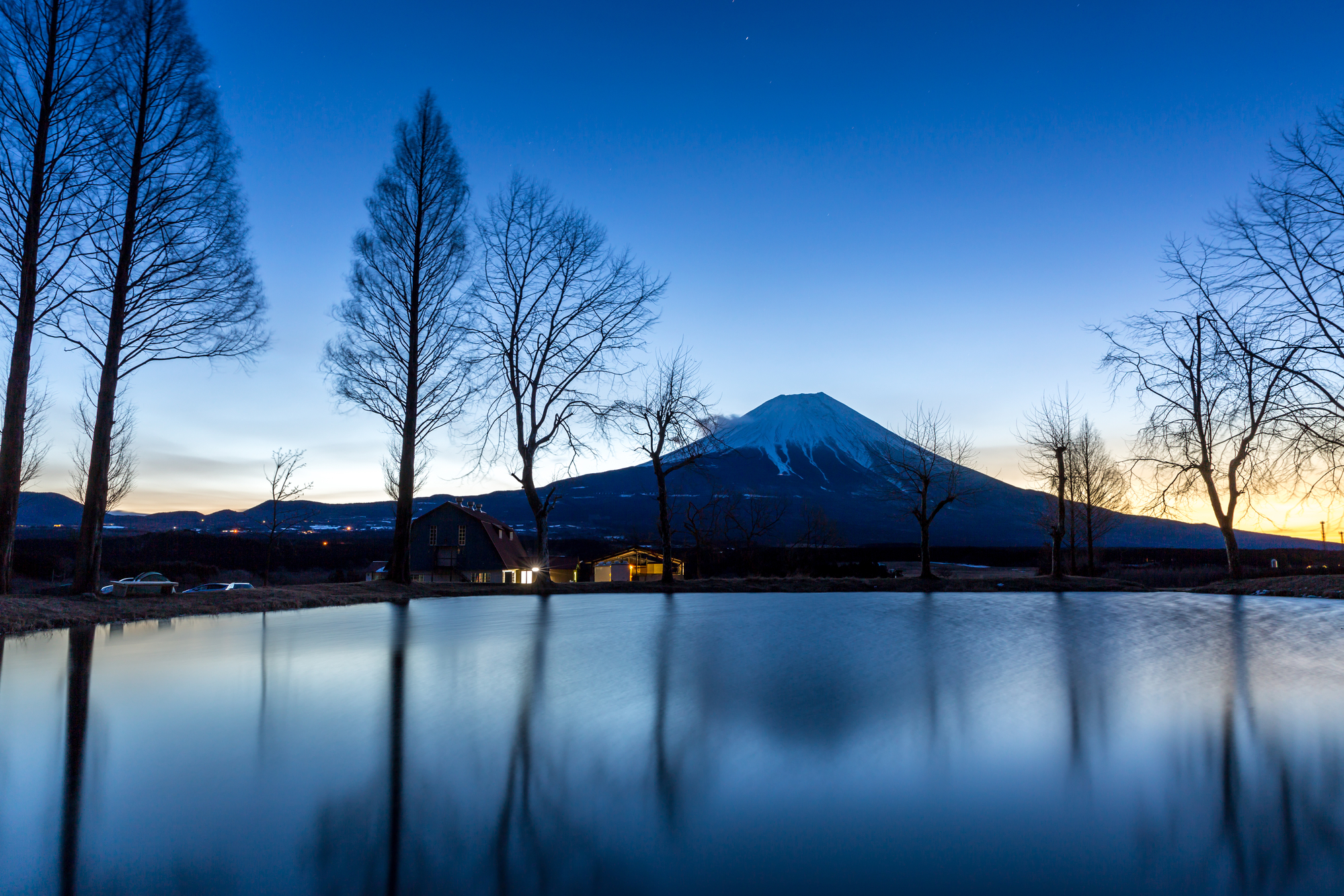 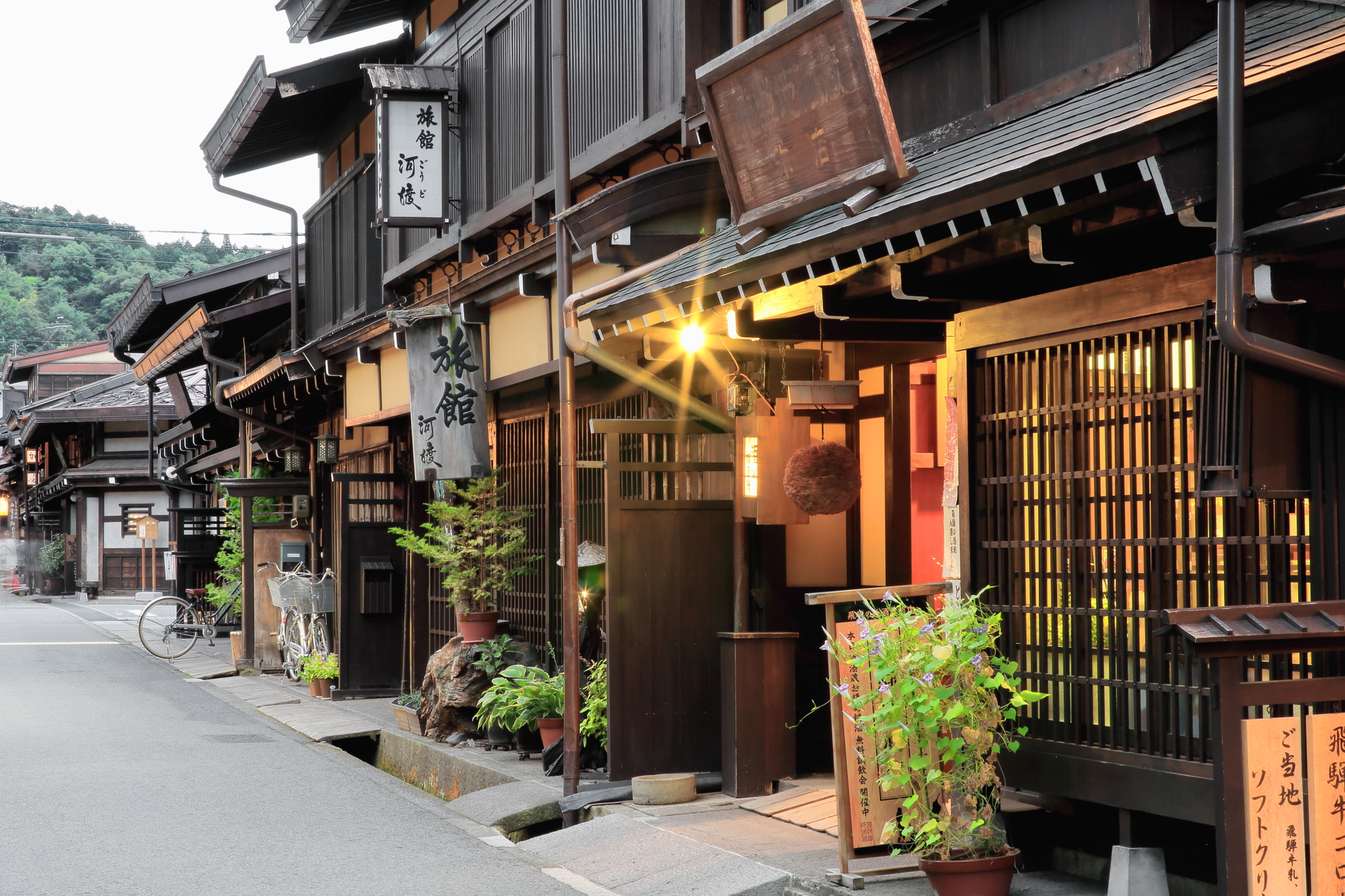 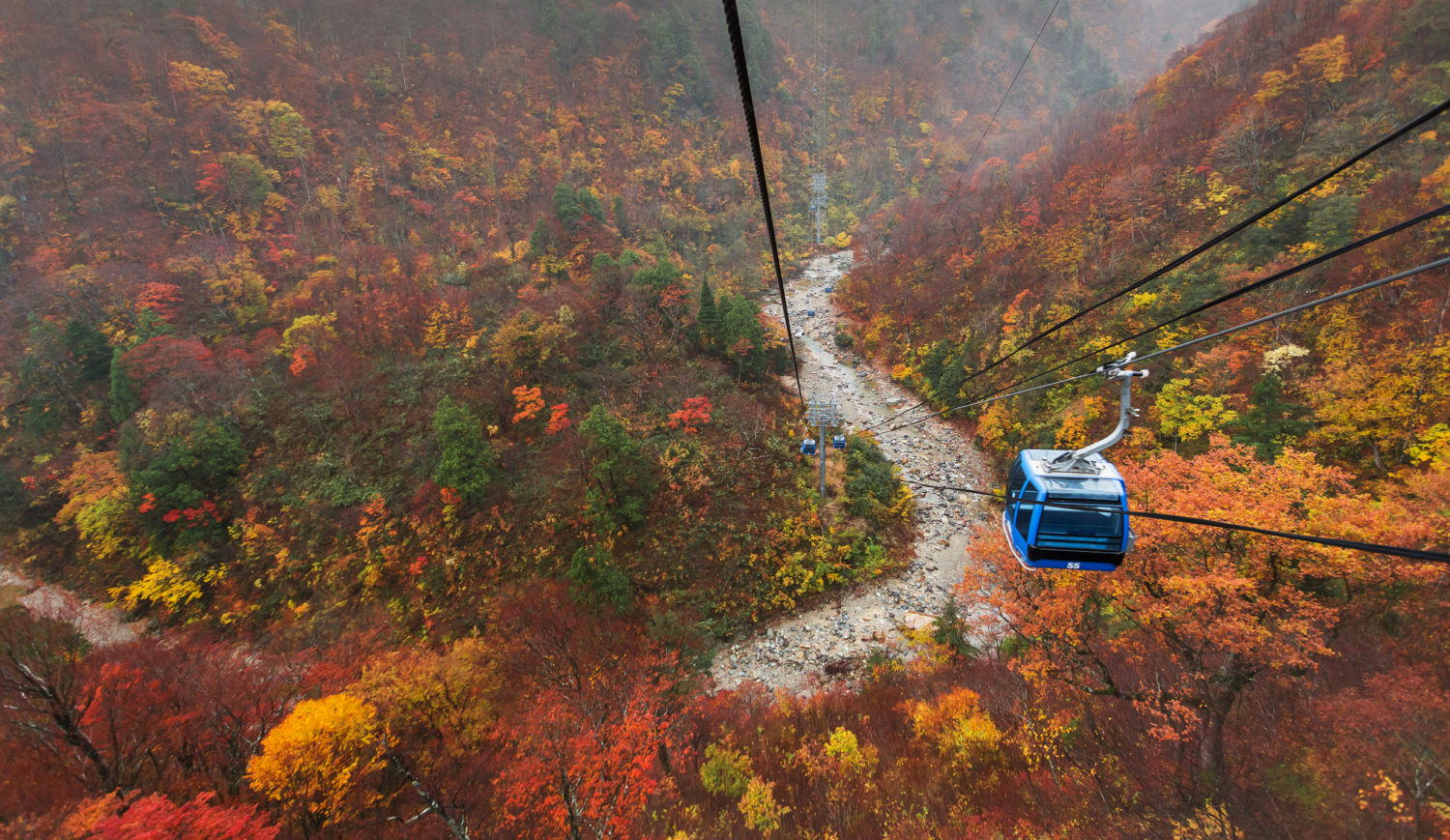 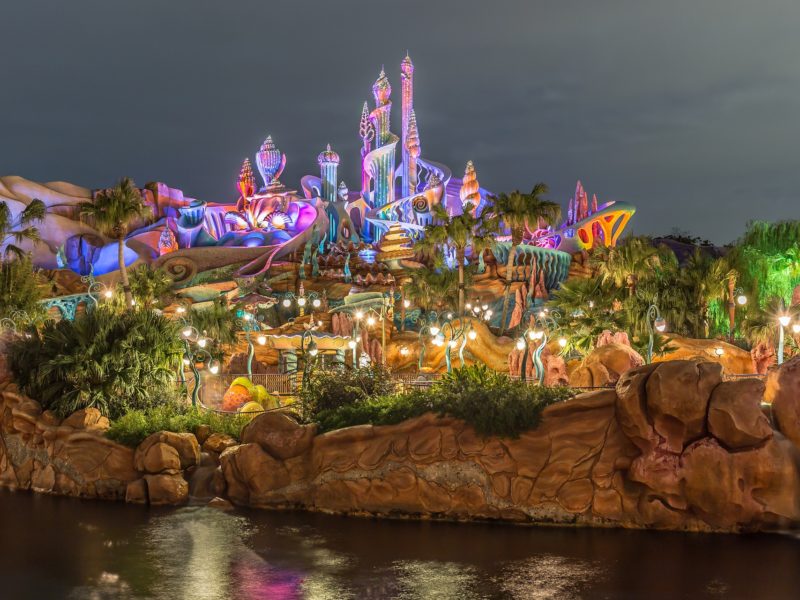